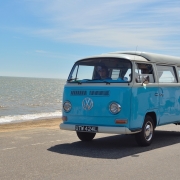 I recently watched a documentary called Jesus Music about the beginnings of Contemporary Christian music. It included old footage of Love Song, a band of long-haired hippie musicians I saw at my church when I was a teen. The lyrics they sang and the way they spoke about the Lord was moving and powerful.  I felt Jesus calling to my heart, but was hesitant to walk that aisle in front of Terri, a friend I invited to tag along with me and my family. I found out later that she felt the same pull. We both regretted our choice to ignore Jesus that night. Little did we know he had another plan.

God was doing a brand new thing in the lives of the Cali kids in the 70’s. Many had discovered that the peace, love, and rock and roll experience had left them disillusioned—either addicted to drugs, homeless or both. The summer of love was over and the air in Northern California had chilled, so they went south, where Chuck Colson, the pastor of a church in Costa Mesa, along with his wife, had a heart for the kids living on the beach.

Many members of Pastor Colson’s church had difficulties getting past the long hair and the unwashed smell of the young hippies coming through the doors, but soon they couldn’t deny that God’s Holy Spirit was on the move. Thousands were being baptized in the Pacific after accepting new life in Jesus.

Greg Laurie was one of them. A neglected teen searching for love and acceptance, he soon found it in Jesus and his followers. Laurie went on to be the pastor of one of the largest ministries in Christianity today and continues to be a faithful servant and disciple of Christ.

Laurie went on to write a book about his experience, detailing one of the greatest revivals in the history of our faith. It’s called “The Jesus Movement.”

Reading about this time was very personal to me. I didn’t live on the beach or get baptized in the ocean, but my life was changed forever by an encounter with one of the hippies that did. Not what you would call stellar students, my friends and I were cutting class and smoking cigarettes in the bathroom at school. There was a girl sitting on the floor with us and she asked us if we knew Jesus.  Mainly to shut her up, but also because all of us had grown up going to church and had heard our parents talk about God our whole lives, we said yes.  I truly thought I knew who Jesus was, but as she spoke, I realized that I didn’t know the guy she was talking about. Her face and eyes shone as she told us about her Jesus. How he loved us and came to save us. There was such power in her words it seemed as if I was hearing the Gospel for the first time. When she asked us to come outside and hear more, my friend Terri got up, looked at me and said, “I’m going this time,” and I followed.

As we walked down the street, we saw a very familiar sight. The Jesus Freak van! A wildly painted VW bus full of hippies, it served as a mobile church of sorts, and those in it handed out tracts telling us to how to get saved. Instead of running away, this time we knelt with those beautiful people and changed the course of our lives and our eternities. Jesus saved my soul that day through his followers, a group of Jesus freaks who stepped out in faithful love for God and shared the good news with us.

The Jesus Movement happened during a time of great turmoil. The Vietnam War, civil unrest, racial tensions, the assassinations of the Kennedys and Martin Luther King, and the mistrust of the government all led the young people of this country to rebel against authority. They thought the answer would be found in drugs, free love and dropping out of society. Instead, they found that Jesus was what they were searching for all along.

Our country faces many of the same problems today and Jesus is still the answer. We have been born for this time and in this generation for a reason. People are frightened, angry, and divided, yet God can do a mighty move once again if his people will humble themselves and pray. People are searching for the answer but have trouble trusting in religion and the church.

There’s an old song that said they will know we are Christians by our love, but that is not our reputation today. Unfortunately, and often warranted, Christianity is known for judgment and intolerance.  If we want this to change, we have to take his command to love seriously. It is up to us to pray and ask God to move. He is still the same God who brought that great revival in the seventies. He can do it again.

Julie Schofield has attended WCC for over twenty years. She is a wife, mother and grandmother to three of the best kids ever. In April, she retired after thirty-three years at the public library. (And loving it. “Retirement is all it’s cracked up to be!)

Want to join the discussion?
Feel free to contribute!